What is chronograph watch?

OEM watch factory Called the watch in 1-3 Subdial -Chronograph, Chronograph watch, Especial Functional chronograph is not cheap to manufacture, But Shenzhen has many quality watch manufactures. 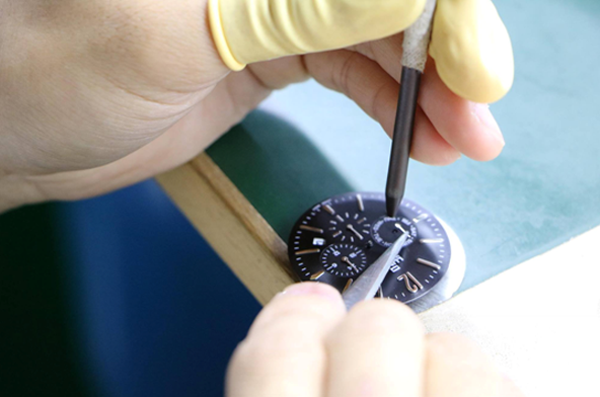 The Chronograph is a professional name in which chrono means "time" in Old English and Latin, and graph means "recording tool" in English. A normal watch continuously record the pass of time. But chronograph is different, it can be recorded for any period of time. chronograph has a 30 minute or 12 hour timing function. The second hand in the center of the surface, usually stops at the zero point. In order to display the times is walking, a constant small seconds hand (sub-dial) is often added. There are two types of chronographs. Normal one is to measure object, and the other is a two-second chronograph with two measurement objects. 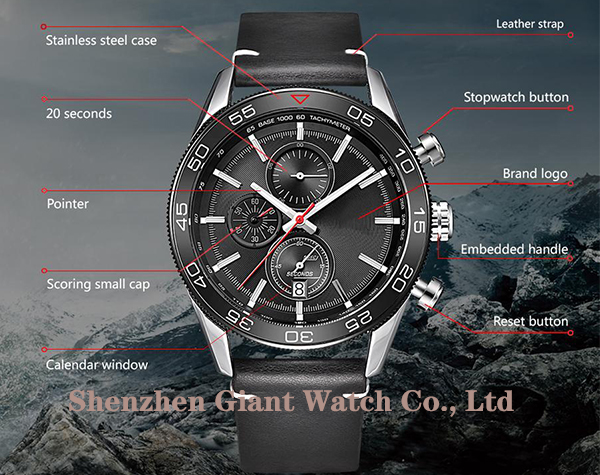 Generally speaking, the chronograph is divided into single second hand, double second hand, single button type and double button type according to its design. For the purpose of dial design, the most common chronograph with measuring speed, such as OMEGA The lunar surface, the ULYSSE NARDIN pulse meter for measuring the pulse, and the JANEIRO chronograph for TISSOT to measure distance and speed. As for the method of distinguishing functions, you only need to pay attention to the English words around the dial, such as TACHYMETER(Test speed), TELEMETER(Test distance), PULSATIONS(Test pulse), in fact, the way to operate the chronograph is exactly the same, The difference is only in the difference of the scale. The data displayed by different scales indicates different functions, but most of the common chronographs still take the measurement speed as the main function. 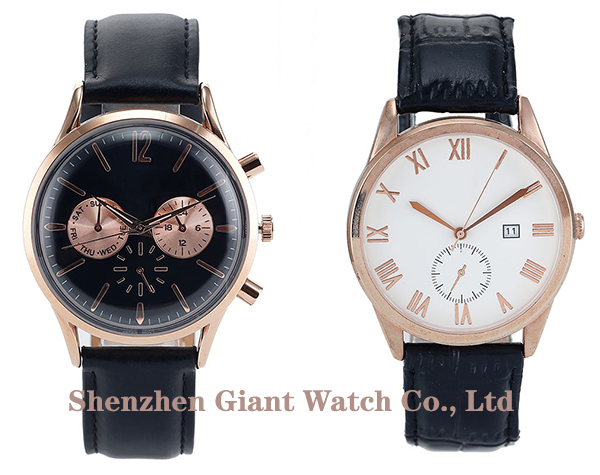 The most common calculation scale system in the chronograph,

usually located at the outermost periphery of the dial or above the outer ring of the case. The main principle is: a certain unit distance is known, for example: 1 km or 1 mile. When a moving object starts to move within this distance, the start function of the chronograph is started. When the unit distance is completed, the stop button is pressed. The speed of this object is the scale indicated by the pointer. If the scale system is a single-turn design, the object speed is less than 60 km, the code table is invalid; the code table with the spiral design is not in the case of the watch with the stopwatch function, the outer ring of the watch will be engraved with 500/400/350, etc. The number, the physical quantity represented by these is the speed in kilometers per hour; this bezel is called TACHYMETER. For example, a car is fixed at an average speed of one kilometer or one inch. Take the method of measuring the speed of the vehicle as an example. When the car advances with the mileage of the roadside as the reference point, the timer is activated. When the car reaches the next mileage marking point, the timer stops and the timer pointer stays on the speedometer scale. The location is the speed of the car, such as the use of 45 seconds in 1,000 meters, can be converted to a speed of 80 kilometers per hour. 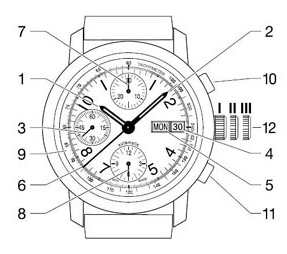 When meet Pause, How to use: