Why do mechanical watches often have errors when they go?

(1) Influence of swing The tightness of the spring will directly affect the amplitude of the balance, which also affects the isochronous performance of the watch. The so-called "isochronism" refers to a phenomenon in which the amplitude of the swinging object does not affect the vibration period, but the balance spring system in the watch is not free to oscillate. It frequently collides and collides with the escapement components, and is a combined force state of "forced + free", so it is inevitably affected by the escapement. The magnitude of the thrust moment determines the size of the swing and also determines the time at which they will be related. This time is of course as short as possible. 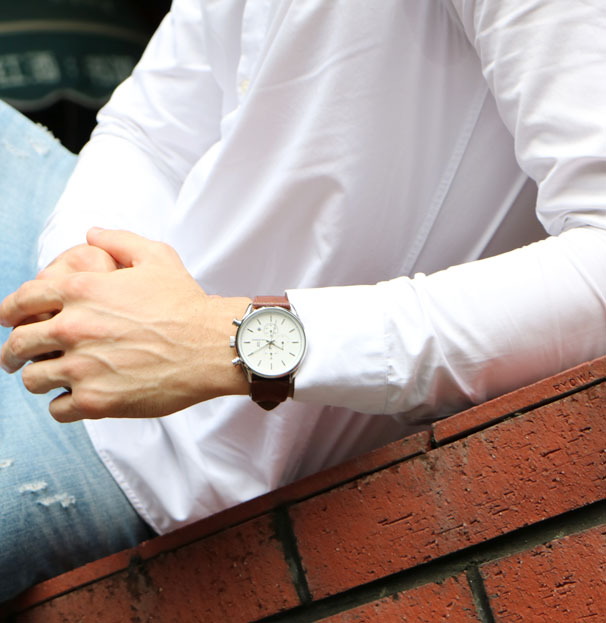 (2) Influence of position change The main position change is the change of plane and vertical plane. There are 2 planes (surface up and surface down). The plane only counts 3 (they are: the crown is down, the crown is left) , the table handles up) the table handle to the right does not occur when it is worn normally, so it counts a total of 5 positions. The change of position firstly causes the change of the friction surface of the balance shaft, and the friction surface increases. Then, the imbalance of the balance wheel is more obvious and prominent under the action of gravity, and an additional torque acts on the swinging swing. On the wheel, as well as the gravity of the hairspring, the balance of the watch balance spring system is affected by the size of the oscillation cycle at each position. 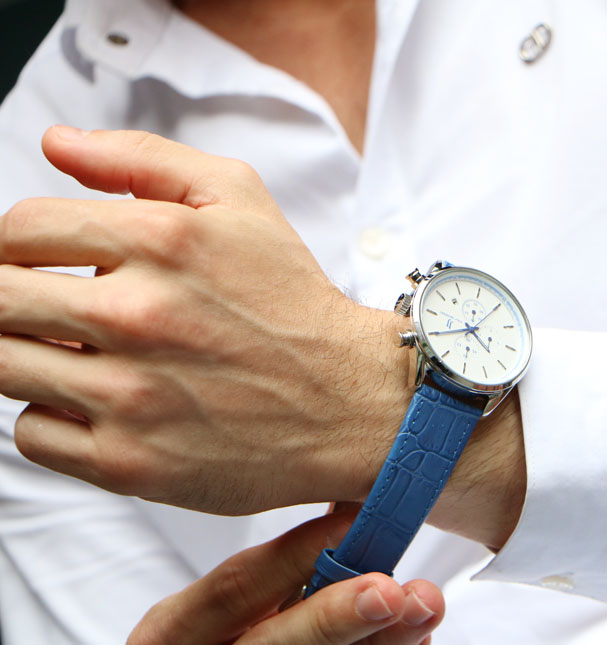 Every minor change in the component will directly affect the oscillation period, and the temperature will also change the viscosity of the watch oil, thus changing the torque transmission and oscillation of the watch train.

(5) Influence of magnetic field Many parts of the watch movement are made of steel, so they are easily magnetized. The nickel-based hairspring is also weakly magnetic. When the watch is under the action of an external magnetic field or the part has been magnetized, the balance wheel The swing period will be greatly disturbed by the magnetic force, and usually the watch will go very fast.

The watch with chronograph eyes watch is the most precise and small mechanical device, the tolerance range is as small as 1/1000 mm, and the machining error of the parts is also

One of the important reasons for the watch's travel time error. (8) Other factors Mainly because the watch case is not tightly sealed,

Then the moisture and gas pressure changes will affect the watch's travel accuracy, and it is easy to have fine dust and foreign matter into the watch, affecting the work of the watch. There is also a problem called "no needle", which belongs to the failure of the table. In short, I suggest that if you want the watch to have high precision, you must keep the watch clock full. Generally, the plane of the watch should be better than the façade. The case should be sealed and kept away from the magnetic field and water. Regularly wash and maintain your watch. Choose to buy

28800 times/hour Frequency watch (4HZ) is also more accurate than a low-frequency watch. Usually, a watch with a large movement size is better than a small size. 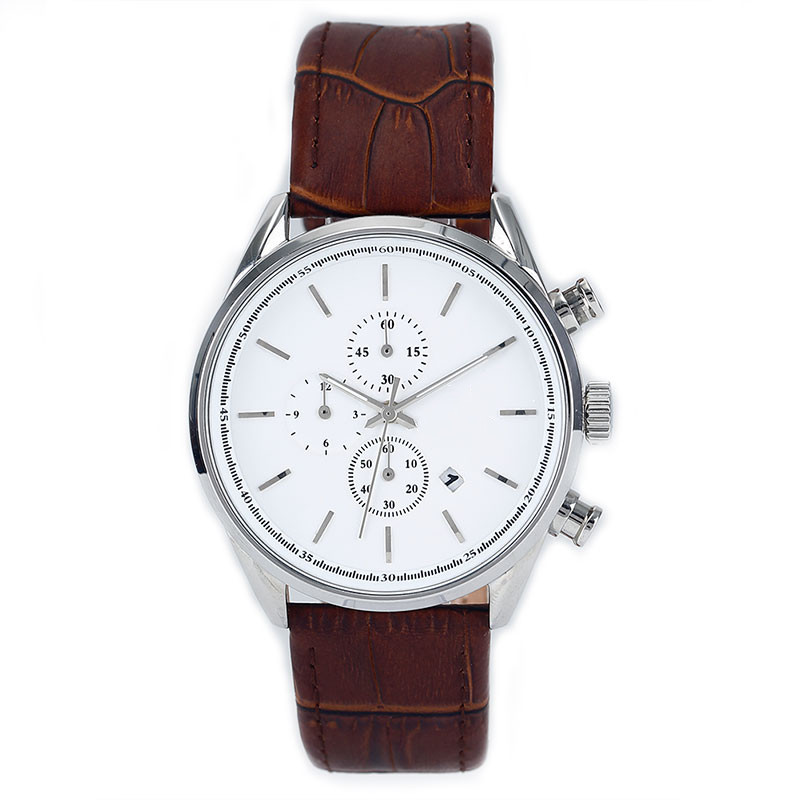 How to maintain chronograph？ Hurry up and prepare safety stock for the New Year.